The global goals for sustainable development

The global goals for sustainable development

"Transforming our world: the 2030 Agenda for Sustainable Development"

At its meeting on September 25, 2015, the UN General Assembly under this headline decided on the "Sustainable Development Goals" or "SDGs" for short.

A total of 17 targets and 169 sub-targets (the so-called "parameters") are part of the agenda and "demonstrate the scale and ambition of this new universal Agenda. They seek to build on the Millennium Development Goals and complete what they did not achieve." (Quote from the preamble).

The SDG roadmap of the German Federal Association for Sustainability 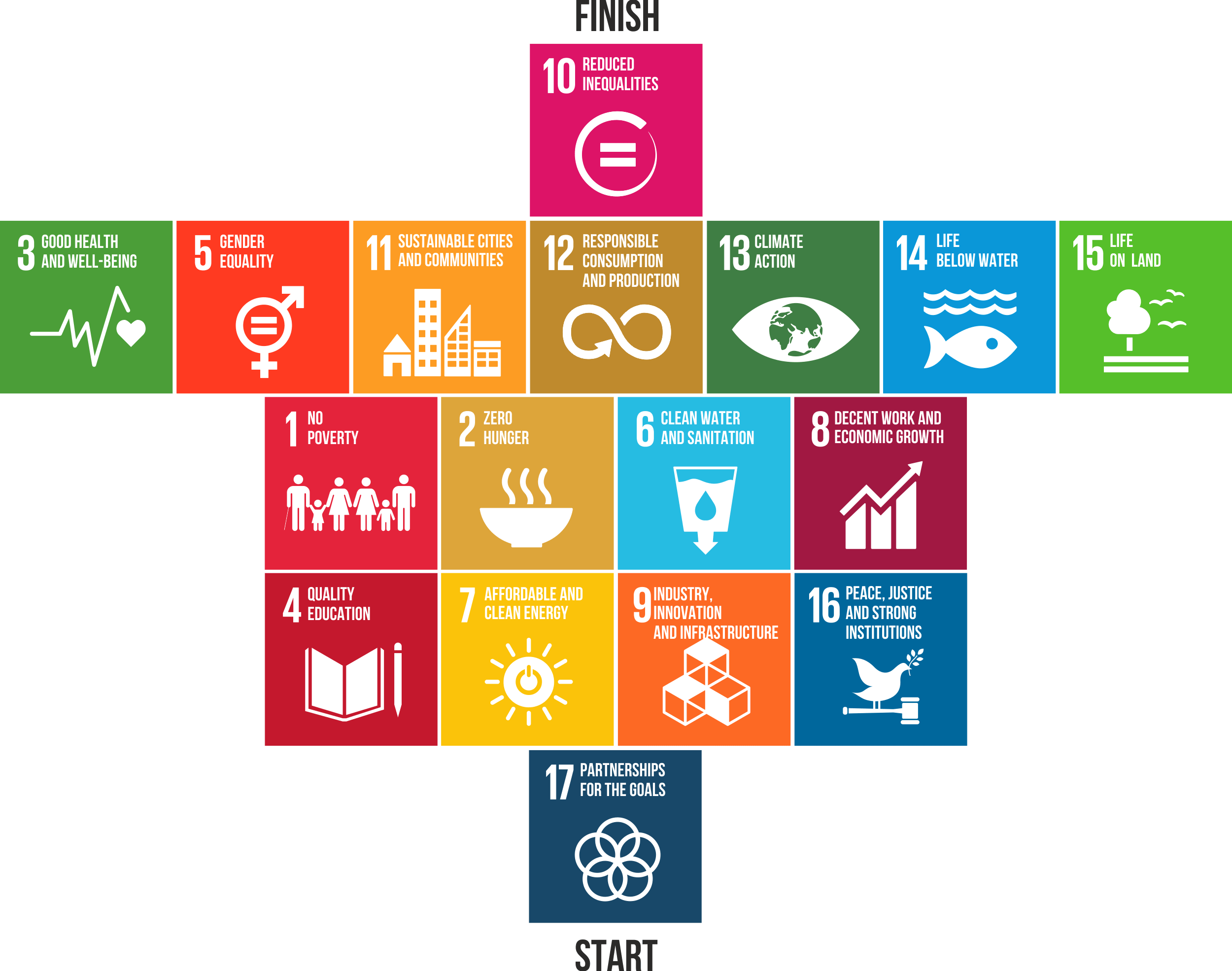 The SDG Roadmap of the Federal Association has emerged from considerations what the individual objectives actually address, how the objectives are explained to the general public and how they can at the same time give an indication of how can be worked with them. It can be applied like a template for individual steps.

16 of the 17 targets only address symptoms and thus reflect how problem solution is often approached. Only one goal addresses the reason why we need sustainable development goals: the SDG 10 "Reduced inequalities", one of the oldest dreams of mankind.

A central question for everyone is: where do I start? The answer to this is relatively simple: at oneself.

If you have an idea and try to realize this idea, you often realize very quickly that you are missing something. Be it skills and capacities, be it money or other resources. Therefore, every step begins with the search for partners.

The SDG 17 "Partnerships for the goals" is therefore crucial for the sustainable development goals being filled with life.

When you begin to implement your idea, you are now thinking about where to do this. These are classic questions about location factors:

Where can you get a well-trained staff (SDG 4 "Quality education"), where and at what price you can get energy (SDG 7 "Affordable and clean energy"), you may need a well-tied production facility for your innovative product (SDG 9 "Industry, innovation and infrastructure") and of course you need an environment in which you can work free from conflicts and corruption (SDG 16" Peace, justice and strong institutions").

If you have created the structural conditions, you can help to generate income for yourself and others (SDG 1 "No poverty").

This allows the purchase of adequate, good and healthy food (SDG 2 "Zero hunger") and access to clean water and sanitation (SDG 6). You enable high-quality work through your actions and grow with your idea in a qualitative way, since there are no limits to high quality (SDG 8 "Decent work and economic growth").

The meta-level: All for the whole

Now you will reach a stage where you will experience how good health and well-being (SDG 3) can spread, partnership-based gender equality (SDG 5) will become self-evident and you will live a living environment that you can enjoy (SDG 11 "Sustainable cities and communities").

As a consumer, you act just as responsibly as you can trust that - just as you do - produced goods do not endanger you and nature (SDG 12 "Responsible consumption and production"). You thus contribute to climate protection (SDG 13 "Climate action") and help to ensure that life on earth remains possible, both below water (SDG 14) and on land (SDG 15).

Ideally, the progress of the development stages leads to the fact that, in a last step, the perceptible inequalities can be reduced.

Inequalities result from the unequal distribution of material and immaterial resources in a society and the resulting different possibilities for access, use and participation in results and yields.

This orientation to balance applies at all levels and is described aptly with the action request: "Do not leave anyone behind".

The history of sustainable development goals

In the course of this conference, the concept of sustainable development was defined as an international mission statement to create economic conditions for a good life for all through economic efficiency, social justice and the preservation of natural living conditions.

In 2000, at the UN Millennium Summit, eight Millennium Development Goals (MDGs) were adopted to achieve until 2015. Seven of these goals in relation to

took the developing countries into duty. The eighth objective concerns all member countries, but above all the developed countries, to use their global power to

In order to measure the objectives, the UN also established sub-items and indicators as well as reference data for the evaluation of the objectives. The objectives have been criticized for a number of reasons, including their one-sided perspective on development from the perspective of the developed countries and the far too small consideration of environmental and environmental issues.

According to the United Nations report of 2015, the targets were ultimately almost but unequally met. For example, gender inequality, climate change and environmental degradation, and peace and conflict prevention, need further action. Progress has been made particularly in the eradication of poverty, hunger and health.

In 2012, the decision was made at the Rio+20 conference, at which an open working group (OWG) was commissioned to work out the objectives. After consultation processes were carried out at national, regional and global level, the working group finally proposed 17 sustainable development goals in July 2014.

In addition to 17 Sustainable Development Goals, the Agenda adopted in 2015 includes 169 sub-targets as well as indicators and reference data. In addition to the 17 fields of action defined by the European Union as a reaction to the SDGs for its Member States, Germany has taken a pioneering role with regard to the SDGs, which is to be achieved, among other things, on the National Program for Sustainable Consumption and the Update of the German Resource Efficiency Program.

The national sustainability strategy, which was further developed in 2016 and adopted by the Federal Government, serves as a fundamental basis for sustainability. 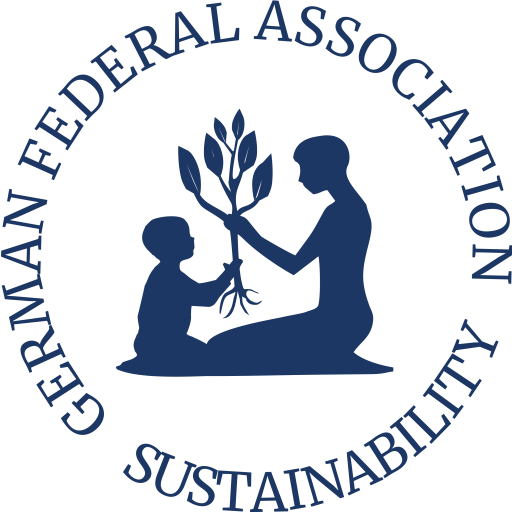